Why we (and bees) crave coffee 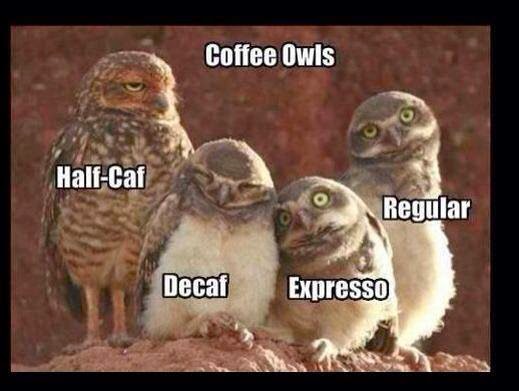 OK, it's Monday, where's the coffee?

Why do so many people crave coffee first thing in the morning?

Yes, we need it to feel awake.  But why coffee?  Why not an egg roll?  Or some yogurt?

Because coffee, and not eggs or yogurt, contains caffeine, a substance that stimulates the human nervous system and makes it think the body is still full of energy. Yeah, I don't need sleep!

Caffeine, the kicker in coffee (and tea, and Coca Cola, etc) is a psychoactive drug, one that alters your brain function, temporarily changing your perception, mood, consciousness, and behavior. Many of these changes are helpful (e.g. that increased alertness that coffee brings on), and this positive reinforcement makes us depend on it.

How does it work?


There are several theories on the mechanisms that explain the effects of caffeine. The most common is that it blocks the action of adenosine, a sleep-promoting chemical in the body, which accumulates in cells during the day, and makes us feel tired. Caffeine molecules fit in adenosine receptors, preventing the adenosine from doing its thing. 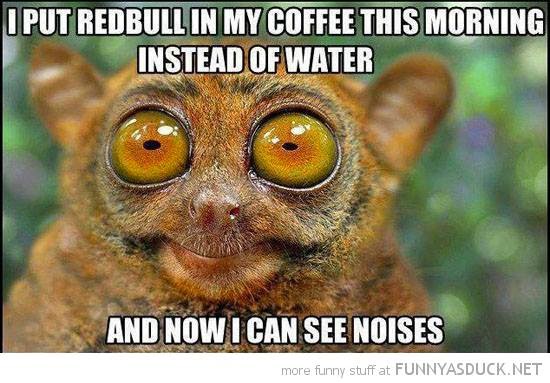 By blocking adenosine, caffeine makes us less drowsy and more alert. It speeds up cell activity and stimulates the central nervous system, heart rate, and respiration.

The process increases the activity of neurons in the brain, which leads to the production of adrenaline, the "fight or flight" hormone. Release of adrenaline prepares us for action: it increases our heartbeat, increases blood pressure, releases sugar to the bloodstream for extra energy, and tightens muscles.

While caffeine will keep you awake and alert, it isn't a sustained substitute for sleep. Sleep clears out the day's accumulated adenosine, allowing us to start fresh the next morning, and it keeps us healthy by allowing our bodies to build proteins, repair damaged tissue, and generally maintain the immune system.


Not just the seeds (the "beans"), but nectar of flowers of coffee plants (and citrus, curiously) contain a small dose of caffeine, which researchers have found gives bees a buzz that helps them forage more effectively.

It also appears to improve their memory of the coffee flower's smell, possibly helping them easily find and pollinate flowers on other coffee plants.

Coffee, tea, and nearly 60 other plant species produce caffeine, which produce and use caffeine defensively, not just to encourage pollinators to revisit. Leaves containing caffeine can be toxic to insects, which discourages them from eating the plants.

As fallen caffeine-laden leaves decay, the chemical enters the surrounding soil, which inhibits other plants from growing and reduces competition.


How much caffeine is in a cup?


One cup of coffee contains 80–175 mg. of caffeine, depending on what "bean" (seed) is used, how it is prepared: by drip, percolation, or espresso, where it is made (a cup at Starbucks has more than at McDonalds), and apparently, what day of the week it is.

Coffee has roughly double the amount of caffeine per cup than tea (40 mg, versus 20 mg, per 100 g of liquid), and slightly more than the same serving of Red Bull - who knew?

As you start to consume caffeine regularly, over time, your brain adds more adenosine receptors to compensate for the caffeine hogging the initial ones, so it takes increasingly more caffeine to produce the same alertness.

Drinking too much caffeine at once can cause twitching, racing heartbeat and nervousness – otherwise known as the “caffeine jitters,” in addition to upsetting your stomach and make your feel lousy.

While it takes much more caffeine to be toxic to people than to leaf-eating insects, consuming more than about 5 grams (500 mg), or more than 8 cups of strong coffee, in a day is harmful and double that amount can even be fatal. If you are that sleepy, you should probably just sleep. 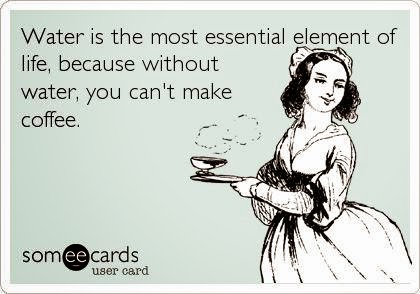 Coffee is actually a complex drink, which affects people in different ways. The variability in how it affects individual coffee drinkers may explain why assessments of coffee on human health seem to change so frequently.

It's good for you!  It's bad for you!  As it is with insects, caffeine's affect on us may be both good and bad, depending on the dose we consume.

Learn more here about the physiological process of how caffeine blocks adenosine from finding its receptor and here for a general overview of how caffeine affects us, for better and for worse.