What are you eating? Fast food calories

Across the globe, people have celebrated the annual harvest, especially where and when producing food required months of hard labor and having sufficient food around was not a given. Which was basically everywhere, up until recently.

The idea of giving thanks to the gods and the land for allowing the food to grow and sustain us has been around since humans started producing food, rather than just gathering it.  There are still harvest festivals, at different times of year, in many countries.  In addition to the food, dancing and costumes  still make them real parties.

Here in the U.S., people are busily shopping and planning their big annual feast for Thanksgiving, a traditional celebration of both the autumn harvest and, in this case, the thanks that English settlers gave to Native Americans for saving their bacon when the cold weather hit eastern North America in the 1620s. Food has clearly remained a prominent national past time.


You may have heard Americans have a thing for eating.

Speedy food, aimed at travelers or folks with no kitchens, has been around in urban societies for over 2,000 years, but the infamous plethora of modern high-fat, high-calorie fast food (read: junk food in big quantities) is a really recent phenomenon, dating only to the 1920s. 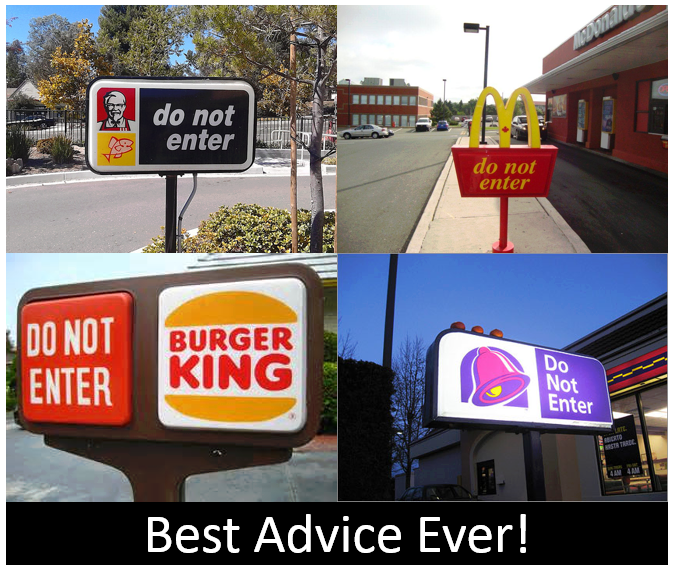 As common as commercial fast food is here, consumers have a terrible sense of the calories lurking in foods when they eat out.  This Washington Post article explains that the US Food and Drug Administration just approved "sweeping new rules" that will require many places where Americans eat out — chain restaurants, movie theaters, pizza joints, vending machines and more  --- to provide calorie counts of the foods they serve.

Yikes -- how many are in that burger? Or that chef salad?  Here's a peak: 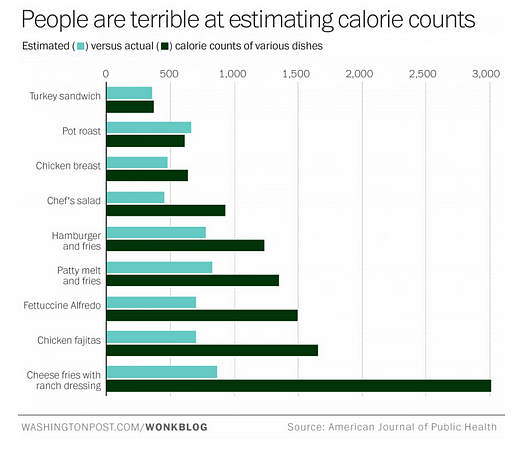 Cheese fries with ranch dressing?  Who's had this?  Are they worth it?