And you thought they were just being really cute and cuddly. In fact, koalas are not being affectionate when they hug trees and branches; they are probably trying to stay cool.


It gets really hot in the Australian summer (as it's doing here in mid-Atlantic USA these days). The fan and aircon feel good for those lucky enough to have them. But what about animals in the tropical savanna or forest? No such luck, so how do they keep cool?

Some sweat, some pant, and some resort to hugging trees. They make the most of what they've got, which in the case of koalas is tree branches, and they work it. Researchers studying koalas' 3-D use of trees used thermal imaging and found the following:


In hotter weather, the koalas stayed in the lower, cooler parts of the trees, and they spent more time in Acacia trees that weren't good for food but had the coolest barks around. Literally.

Clever as they may be with those tiny brains, koalas aren't the only furry mammals that know how and when to take it easy in the heat.

Sakis are a group of monkeys whose original scientific name meant "hairy" because they have enormously long shaggy hair. It is not to keep them warm.

Sakis, along with their cousins the bearded sakis, uacaris, and titi monkeys, live in tall moist forests of the Amazon basin. It gets hot there too, and sakis take a tip from the koalas in hanging out over large, cooler branches of big trees.

As shaggy as they are, their bellies are nearly bare, so pressing skin to cool bark has got to feel good.

While I wrote a PhD thesis that focused on these guys, I didn't study heat release (nor did I have that cool thermal image camera), so I can't say for sure whether they were seeking a cool surface.

The sakis did hang around over large horizontal branches, dangling their legs below them, especially around midday, but they didn't sleep in that position!

Remember, monkeys and koalas don't sweat, which, like panting, releases water that, especially in the case of the koala, might be hard to come by. Hugging trees helps koalas lose over 65% of their body heat while avoiding dehydration, and it may do the same for other arboreal mammals, such as sakis.

Surviving when temperatures approach 40 degrees C (>100 degrees F) may therefore require tree hugging. Moreover, both koalas and sakis enhance the cooling effect by hugging the coolest parts of the tree: sections closest to the ground and branches that are closer to the trunk.

According to the researchers at the University of Melbourne, tree hugging maybe even more important for animals in humid tropical forests, such as the Amazon or northern Australia, where panting or evaporative cooling don't work as well.

Koalas, sakis, and others, such as the lovely sifakas of Madagascar, may need to use this strategy even more to survive in the future if overall temperatures rise in tropical regions.

For now, we all can take a lesson from koalas, sakis, sifakas, and other tree huggers, in knowing when to get out there and explore and when to cool down and relax.

For all of us athletes, that means respecting our bodies' limits when temperatures are especially high (read: middle of the day, or any time of day in Bangkok!) and not to overdo (I know, right!), and knowing that there are some days when you just have to chill out and hug a tree. 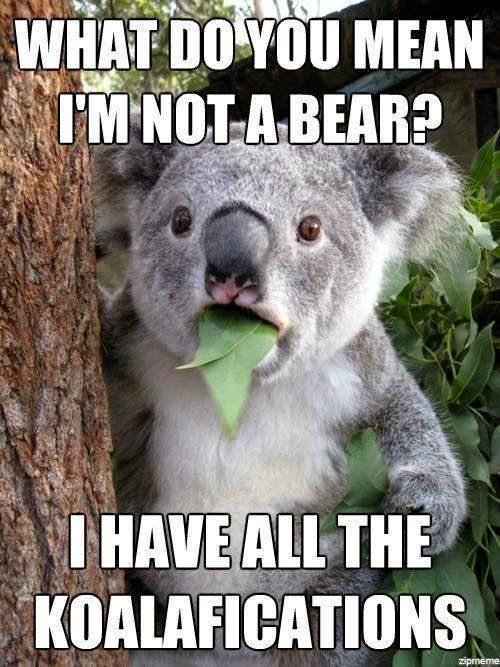 Here's the original study from Australia: