Fear the killer beast (it's not what you think!)

What's the world's most dangerous animal?

It doesn't have teeth. It fits on your fingertip. It's the unofficial state bird of several U.S. states (Alaska, Maine, Minnesota, to name three).

Yes, it's the mosquito. And yes, this photo gives it away. Fine. It makes a point.

Mosquitos kill more people than any other animal, even including humans, according to The Gates Foundation's Mosquito Week held in April to help promote its work to wipe out malaria and other mosquito-transmitted illnesses. Technically, it's the multiple diseases that the mosquito carries that do the killing - she's the highly efficient delivery girl (yes, it's the females that bite).

Given that both mosquitos and we humans are effective disease transmitters, wiping out malaria is no easy feat. Now that people are so globally mobile, we have become the FedEx of pathogens, carrying them with us in a matter of hours to places they've never been before (for free!).


Since summer has officially arrived in the temperate zones of the world, people are outside more than ever (doing their outdoor bodyweight interval workouts in between bike rides, hikes, walks, runs, and swims, of course) and now we all get to run into mosquitos more frequently.

Actually, in the U.S., ticks typically harbor pathogens that are more dangerous to people (e.g. Lyme disease), but across much of the tropics, it's mosquitos that carry many of the killer diseases, including malaria, dengue fever, yellow fever, filariasis (a.k.a. elephantiasis), West Nile virus, Japanese encephalitis, and the new kid on the block, chikungunya. These kill and disable millions of people every year. 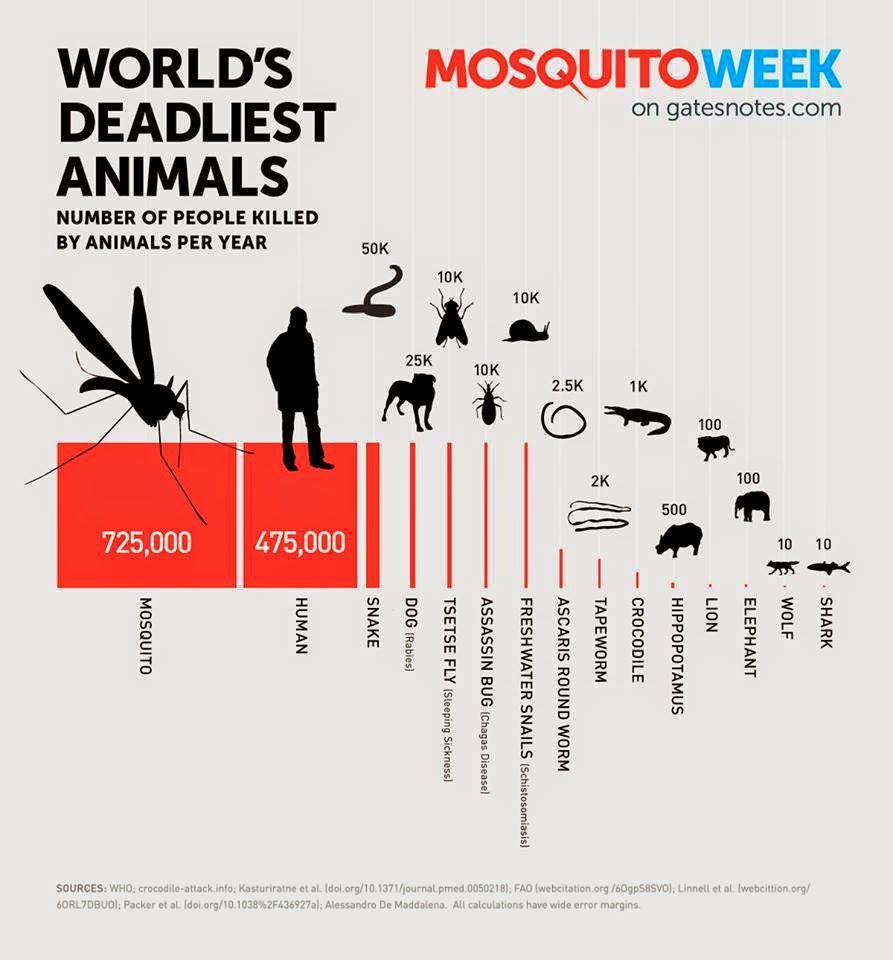 June is mosquito month in Canada, and mosquitos there are apparently having what one article called a Perfect Year, with cooler temperatures and lots of rain, making it harder than normal to avoid being bitten.

In fact, in the U.S. state of Georgia, home to 63 mosquito species, public health agencies use several strategies to try reduce the adult mosquito population.

They kill off mosquito larvae, eliminate sources of standing water which breeding mosquitos love, and encourage people to wear long pants and long-sleeved shirts in evenings when skeeters are most active.

If you are athletic, you can just keep moving to avoid being bitten. You could also stay inside, but of course, nobody likes that, so if you are out at dusk and dawn and mosquitos are present, wearing insect repellent and long clothes will reduce your risk substantially.