Sugar's tricks and treats beyond Halloween

For those with a stash of Halloween candy, here are some fun facts to go with those fun-sized chocolates and other goodies.

First of all, here is – yes – a comparative nutritional analysis of candy!  No single winner, but several "better" options for different candy categories.

I was originally just going to leave it at that to honor this hallowed American holiday, but then I started reading about sweets...


When I was young and wanted a snack, my mother used to say, "Have a carrot...or an apple," as if those were even in the same universe as what I was really looking for... 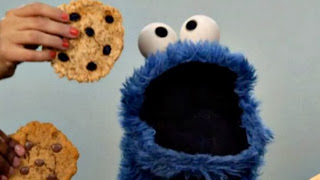 Since those days, an increasing number of studies have suggested that sugar promotes addiction, just like some illegal drugs, and is harmful to our health in more ways than just degrading our teeth and expanding our waistlines. This CBS News report highlights several of them. With Halloween candy still sitting right in front of many of us, however, let's focus on the addiction bits.


The highs and lows of sugar consumption

While our ancestors ate fructose, the sugar found in fruit, vegetables and honey, those fruits also contained fiber, so people could take in only so much sugar before feeling full or sick. High-sugar, high-fat foods are naturally scarce so would have made up a very small part of most people's diets, until recently.

Modern foods and drinks processed in a lab or factory contain far higher concentrations of sugar without all that pesky fiber, so we can consume our daily sugar allowance in a single 12-ounce (28g) can of cola (8 teaspoons of added sugar, for 130 calories and no nutrition). As comparison, the American Heart Association's (strict!) recommended daily sugar intakes are, roughly:

Whereas the complex carbohydrates in whole grains and vegetables take time to break down, raising blood sugar slowly, the body processes the refined carbs in sugar, corn syrup and white flour quickly, causing sharp spikes in blood sugar. The quick spike and subsequent crash in blood sugar that comes after eating highly processed carbohydrates not only make us feel hungry again but may also stimulate the reward and addiction centers in the brain. 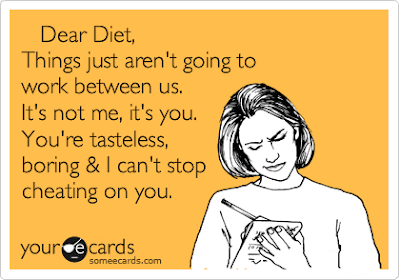 In other words, eating highly processed foods with elevated concentrations of sugar produces greater hunger and (ever more) cravings for more of the same.

According to researcher Dr. David Ludwig of Boston's Children's Hospital, the findings from several studies suggest that when blood sugar levels crash, people tend to search for foods that can restore them quickly. These tend to be those same high-sugar foods that caused the spike and crash in the first place.

“It makes sense that the brain would direct us to foods that would rescue blood sugar,” says Dr. Ludwig. “That’s a normal protective mechanism,” though it may also drive the urge to overeat high-energy (read: highly-processed, high-calorie) food.

The comparison with drug addiction comes from studies in which people or laboratory rats (mostly rats) ate certain foods that stimulated the regions of the brain associated with both cravings and reward.

In one, a group of lab rats at The Scripps Research Institute in Florida, USA had ample access to bacon, sausage, cheesecake, and frosting—Breakfast of Champions!—for 40 days in 2009-2010.

The rats became so attached ("addicted"?) to these foods that they continued to eat them, even in the face of electrical shocks that had previously scared them. Their disregard of the negative consequences (the shock) of continuing to eat the high-sugar, high-fat foods resembles the seemingly compulsive behavior of both rats and people that take addictive drugs. Non-addicted rats that lacked free access to the sugary, fatty treats behaved "normally", giving up the food in the face of electrical shocks.

Heck, I think even I'd give up free food to avoid shocks. How good is bacon cheesecake, or even chocolate hazelnut ice cream, when someone keeps shocking you with electricity?

Building on this work, rats at a Connecticut College psychology lab earlier this year showed the same affinity for Oreo cookies that they did for cocaine, waiting in a room for more cookies, even after the supply dried up. Researchers there also found that, in mice, eating Oreos activated more neurons in the brain's pleasure center than taking cocaine did. [Side note: where do all these researchers get their cocaine??]

Eating high-sugar, high-fat food also progressively decreases the neural reward our brains perceive from eating it, requiring us to eat increasingly more unhealthy food to get the same pleasure reaction.

If this sounds a lot like an addictive drug, it is: this same pattern of decreased pleasure gained from intake of cocaine or heroin is, according to the Scripps researchers "considered to be crucial in triggering the transition from casual to compulsive drug-taking".

These various findings indicate that eating too much high-sugar, high-fat food triggers addiction-like responses in the brain's reward circuits and drives the development of compulsive eating.

The continually decreasing reward that the brain experiences, despite eating ever more sugar, tends to encourage us to eat more energy-dense (sugary, fatty) foods, which typically leads to weight gain. The researchers detected this compulsive-like feeding behavior in obese rats, but not in lean ones, suggesting that some individuals are more prone to the cravings and compulsive eating brought on by the highly-sugared foods.

Research at the University of Guelph in Canada suggests that people vary in their vulnerability to food addiction. According to lead researcher, Dr. Francesco Leri, "We have evidence in laboratory animals of a shared vulnerability to develop preferences for sweet foods and for cocaine," which encourages further research into what biological factors may predispose some of us to compulsive eating.

One factor is the availability of addictive foods. Ironic in a world where starvation and famine still threaten millions, millions more live in places where high-sugar, high-fat food is all around them.


This widespread availability of food with high concentrations of sugar and fat is a very recent phenomenon. Such foods are scarce in the wild, and, in some places, people still risk life and limb to obtain foods like honey.

We therefore may not have evolved a way to handle the powerful stimulations of our brain's rewards system that occur when we eat these energy-dense foods: the pleasure we get from them now signals a "false fitness benefit" that reinforces unhealthy eating habits.

Nevertheless, despite the broad availability of high-sugar, high-fat food, not everyone becomes obese.

While the reaction of the brain reward system to food is greater in people that are overweight, separate research (more rats) suggests that the neurons in the hypothalamus, the part of the brain that controls hunger and other vital functions, are associated not only with overeating but also with drug addiction and "novelty-seeking."

Eating may generate the same reward as cocaine and novelty, as rats that showed greatest interest in food showed the least interest in either of those alternative stimuli, while rats with a lower appetite for food showed increased interest in cocaine.


So you can stay slim or sober, I guess. Any smoker who gains weight when trying to quit must know this one first-hand.

The comparison between the overconsumption of junk food and drug abuse isn't new, and some scientists question whether junk food is really as addictive as cocaine or heroin. For instance, as far as I know, the lab rats didn't go through withdrawal once the Oreo or Bacon Cheesecake train was silenced.

Even if drugs and certain foods activate common reward circuitry in our brains, nutrition scientists urge us to remember that "addiction does not obliterate the capacity for choice" and that use of the term food addiction "should not be seen as an excuse for unhealthy eating."

Still other scientists question whether sugar is the sole guilty party in the growing levels of obesity worldwide and suggest that simply eating more calories leads to weight gain.

It's just that it's a lot easier to overindulge on Oreos or peanut butter cups than it is on broccoli spears.


Some strategies for cutting down on those high-sugar, high-fat foods

13 ways to fight sugar cravings (there are a number of these on the web, so those interested might try other suggestions as well!)