Sleep for health, not just beauty!

“People say, 'I'm going to sleep now,' as if it were nothing. But it's really a bizarre activity. 'For the next several hours, while the sun is gone, I'm going to become unconscious, temporarily losing command over everything I know and understand. When the sun returns, I will resume my life.'"
― George Carlin

If you sleep 8 hours each night, you are essentially dedicating 1/3 of your life to being unconscious.

Despite the seeming disconnect between sleeping and the rest of our busy lives, sleep is Really Important, and not just so you can stay awake in the office the next day.

A small example: by combining late-night talks with family and friends in North America (11-14 hours behind us here in Bangkok, Thailand) and early-morning bouts of running, tennis, swimming, or aerobics to avoid (some of) the city's famously brutal heat and humidity, I sometimes don't get enough sleep.

For me, staying up late usually leads to late-night snacking, which inevitably, leads to weight gain, but burning the candle at both ends can harm us in other tangible ways as well.


A good night's sleep makes us function better and feel happier during the day, but you knew this already. Beyond the obvious are the numerous studies that show strong links between getting enough sleep and various aspects of health, including regulating levels of stress, hormones, and even sugar.

To date, scientists are still not sure if there is a single primary function of sleep, or if sleep serves various functions. Although the scientific evidence linking sleep to health is not sufficient to prove that sleep loss actually causes any number of health issues, it is growing, study by study.


(As yet unproven) Theories on why we sleep


Even scientists are still uncertain about why we sleep. Here are the main theories that they have developed to help explain it, from the Division of Sleep Medicine at Harvard Medical School (yes, this exists).

Which seem most logical to you?

Inactivity Theory: one way of avoiding predators
This idea suggests that, by staying quiet and still at night, animals – including early humans – that lack night vision could lower their risk of injuring themselves or getting eaten. Over time, this behavioral strategy could have evolved to become what we now recognize as sleep.

In today's world of LED bulbs and 24-hour gas stations and convenience stores, this seems silly, but in a world with no electricity, nighttime was really dark and our early ancestors may well have feared and avoided the big scary beasts that roamed the wide savannas and forests that still dominated the planet.

The problem with this theory is that it is almost always safer to remain conscious in order to be able to react to an emergency or predator (even if you and your clan just lie still in the dark at night). If our early ancestors really thought staying still would help keep them safe, they might have stayed quiet at night but probably also stayed conscious.

Some birds, lizards, and small mammals do stay quiet in one place, spending their nights (or days) hidden either in tree cavities or camouflaged and motionless amongst the vegetation.

Yet even here, birds and some aquatic mammals can sleep with one-half (one hemisphere) of their brains awake: it's called unihemispheric sleep, and it allows these animals to stay alert to potential predators while they rest. Only one eye closes during this state, and sleeping birds can even adjust how much of their brains are asleep by how wide they open or close its eye. Now that is cool.


Energy Conservation Theory in times of scarcity
This related theory suggests that sleep serves to reduce the energy an individual expends during part of the day or night, especially at times when it is least efficient to search for food.

Although this theory may also be foreign to people lucky enough to live where food is plentiful, most species have adapted to efficiently search for and use available food and water (think hibernation).

Research has shown that our body temperature and caloric demand are lower while we sleep than when we're awake (possibly up to 10% lower in humans and even more in other species, though opinions differ on this, as in the video below). Thus, sleeping might help animals conserve their energy resources.

Then again, if you are asleep, you are not out finding food or water, which is why these two theories may go together - by sleeping, an animal can both lower its accident/predation risk and its energy consumption.


Restorative Theory: the nightly reboot
People have long believed that sleep serves to repair and rejuvenate itself after a full day of physical and mental stress on the body. Sleep seems to be essential for building proteins and repairing muscle and other tissue, as well as fighting infectious diseases and generally maintaining our immune systems.

Results of recent human and animal studies have shown that many of the major restorative functions in the body like muscle growth, tissue repair, protein synthesis, and the release of certain growth hormones occur mostly, or in some cases only, during sleep. Animals that are not allowed to sleep lose all immune function and die in a matter of weeks.

It makes sense that infants, who are fast-growing and infection-prone, spend most of the day sleeping.

Recent research suggests that the restorative function of sleep may stem from the relatively speedy removal of potentially neurotoxic waste products that accumulate in our central nervous system while we are awake.

While we are sleeping, our brains may actually be hard at work restoring our whole system by cleaning house. A study on mice has shown that the brain eliminates potentially harmful substances, including a protein linked to Alzheimer’s disease, each night while the animal sleeps.

According to Dr. Maiken Nedergaard, the lead researcher, this restorative process, dubbed the glymphatic system by her team, works by putting the brain in another state and "circulating cerebrospinal fluid throughout the brain tissue and flushing any resulting waste into the bloodstream, which then carries it to the liver for detoxification." 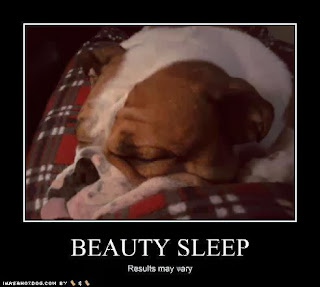 The scientists found that harmful byproducts of metabolism and activity that built up in the mice, usually during the day, were cleared out of the brain faster when they were sleeping than when they were awake.

So although sleeping brains use almost as much energy as awake ones, the brain activity may be helping to restore itself for the hubub of the next day.

In addition, sleeping enables us humans to focus our attention and to remember things, two keys to learning new information. The process consists of acquiring the new information, consolidating it into a workable idea, and recalling it when needed. Since learning and remembering new ideas and techniques have together been a driving force in human advancement, sleep must have played a key role in our species' intellectual development.

Why, then, would a system evolve that is dependent on sleep to improve our capacity to focus, learn and remember?

This is still a mystery, even to scientists. Perhaps it is just the cost of doing business. While we are awake, neurons in the brain produce adenosine, a by-product of the cells' activities. Adenosine is a key element in transporting energy throughout the body, but its accumulation in our system during the day contributes to our perception of being tired and drives us to want to sleep. When we sleep, our bodies clear adenosine from the system, and, as a result, we feel more alert when we wake up.

Consuming caffeine blocks the actions of adenosine in the brain by taking its place in certain adenosine receptors, which may be how it keeps us alert. The process is depicted in this technical diagram:


If all of this sounds interesting, have a look at this TED talk by neuroscientist Russell Foster about how critical sleep is to us and what happens when we deny its importance.

On that note, I need to get to sleep - it's getting late!


Here are some additional links on sleep


9 surprising reasons to get more sleep: