Why did the caterpillar cross the road, on top of all his buddies?

I know what you're thinking - besides yuck for some of you - there's safety in numbers, so they move as one giant organism to look menacing and avoid predation. The caterpillars also stop moving in unison, so this technique might work well as a defense mechanism, since they can't outrun a bird, lizard, or other predator.

This behavior, by itself, is cool and demonstrates amazing coordination among tens of individual caterpillars. Try attempting this kind of cooperative movement with your family and you will already appreciate their success. 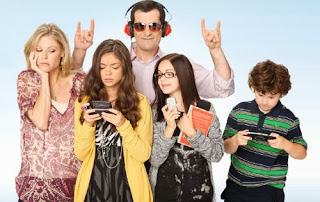 
These caterpillars may move as a group not just for protection but also for speed. Just as you move faster when on that moving walkway at the airport, each individual caterpillar will move forward faster when his/her own movement is on top of a cohort that is also moving forward.

Even though each caterpillar still moves at normal speed, the ones on top benefit from the movement of the guys below. Each individual moves slower when on the bottom and faster on the top, with the average speed being somewhere in the middle, but still faster than solo speed.

This video made by Smarter Every Day uses Lego to help demonstrate the principal of how the conveyor belt formation could allow the whole caterpillar aggregation to move faster than each individual could by itself.

Other advantages of aggregation?


Yet the caterpillars have to work extra hard when they are at the bottom and might even experience backward propulsion from the ones moving on top of them, so what about other reasons for the formation?

1) This particular conveyor belt keeps reforming in front of itself, so it is there for as long as the aggregation keeps moving - I would guess that they save energy this way as well.

2) Perhaps when they form this large mega-caterpillar they can get away with faster, less stealthy movement than they can when alone.

3) Caterpillars don't thermoregulate - their bodies warm up in warm environments and cool down in colder ones, so their aggregations may also allow them to maintain warm body temperatures.

What's your opinion?  Why DO these guys move together?


Maybe it's a bit of each of these. These pine processional caterpillars didn't get the moving walkway message, but they have their own anti-predation strategy: let's look like a snake.

Up to 300 processional caterpillars may travel together in a procession in search of soft soil, where they can bury themselves and form cocoons. Don't mess with them, as they are covered in irritating (urticating) hairs. Ouch.