The last two posts introduced the herbivores and described that great advantage of plants as food -- they are everywhere!

Since plants are so common and they stay put, herbivores can take their time and eat all day, without have to chase down prey. Thus, they can just keep growing: vertebrate herbivores are some of the world's largest and most charismatic animals.


So why aren't all animals herbivores?

Herbivory's advantage: food is all around

In the mood for a salad (hold the dressing)? Three times a day, every day? Who in their right mind eats just greens all the time?

If you read the last post, you already know - it's Herbivores, the animals that specialize on eating plants.

The last post introduced the vertebrate herbivores (insects are another big plant-eating group, as all gardeners know!), which include some of the world's largest and most charismatic creatures.

Why is that? Why do herbivory and body size seem to go hand in hand, at least among mammals?

To find out, read on!

Who eats all day (and gets big but not fat)?

...It isn't the critters eating fast food captured in an earlier post.

And it isn't us humans (though we all know some guys that seem to eat all day without gaining an ounce, but forget them).

It could be the Nubian ibex from another earlier post, except that it lives in the desert and spends its time defying gravity and outwitting predators waiting for it at the only sources of water in the region, so it burns calories just thinking about its next move.

But you are on the right track: it's Herbivores, animals that eat only or mainly plants. [Vocabulary lesson: Herbivore is derived from the Latin herba meaning a small plant or herb, and vore, from vorare, to eat or devour.] 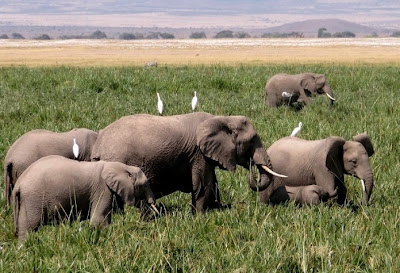 And actually, yes, some of them are huge. Think elephants, giraffes, or rhinoceros! But those big bellies are not necessarily fat, and they are big because they really are eating ALL day. 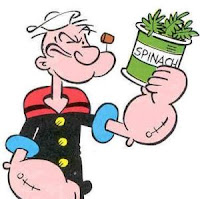 Yes, I know we humans eat plants! But herbivores not only make plants their mainstay (like, say, vegans), they are DESIGNED for it in a way that humans (even vegans) and other animals (meat-eaters, fruit-eaters, insect-eaters) are not.

Read on to find out what I mean by herbivore, what they eat, how they can eat that stuff, why some are, in fact, huge, and which 10 herbivores you most want to avoid!

Dogs and wolves and ants and termites all benefit from running in groups. So do people, in all corners of the globe!

I've mention the Bangkok Runners before, but we've discovered that we are a Cool group, here in this otherwise hot and humid city!

A nice blurb in the March 7, 2013 issue of Bangkok's free online weekly arts and leisure magazine, LeCool, gives a good promotion of running and the Bangkok Runners: 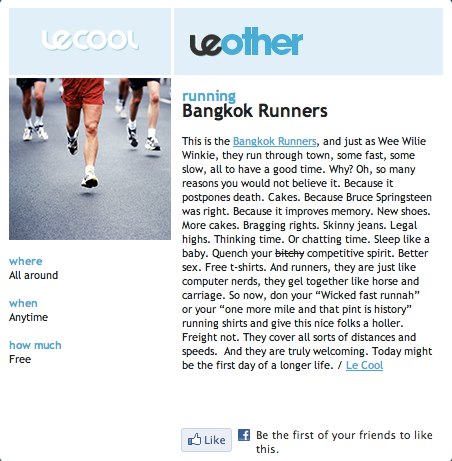 As the description says, the group welcomes enthusiastic runners of all levels and abilities, even if you are in town for just a short time!


And there are apparently nearly 1,400 Meetup running groups, located in cities all over the planet, so don't be shy -- try one out if you like to run! 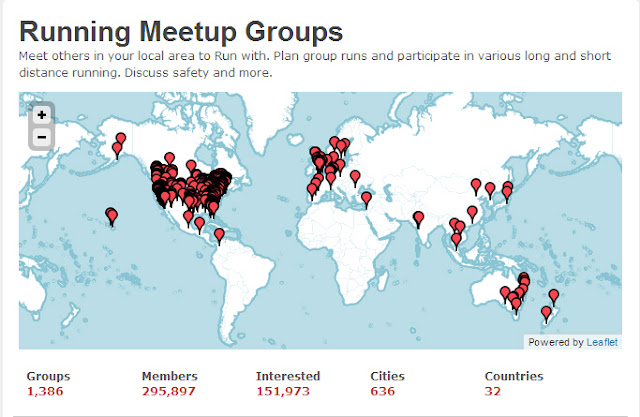 Improve your concentration and focus by watching cute animals!

Have a look at this testament to perseverance and adaptability, as harbor seal pups figure out how to make use of an old surfboard, and let me know if you feel better afterwards.


Saving energy for when they need it is an important survival strategy for young seals, and watching cute animals is important for lowering stress among humans!

Apparently, it also improves our concentration and thus our success in performing various tasks, so you can officially indulge guilt-free in some cute animal watching as part of your work routine!

In sum, watching and playing with animals, especially cute (read: young) ones can help you reduce your stress while improving your focus and performance. Can't beat it!

Avoid ivory and help protect the largest among us

You’d think that being the world’s largest land animal, by far, would keep you safe from certain things, such as getting hunted. It’s mostly true, but not true enough to keep elephants fit these days.

One of my first posts related a wonderful experience watching a herd of African elephants protect a very newly born baby from us and other potential threats. Here is another view of the little newborn: 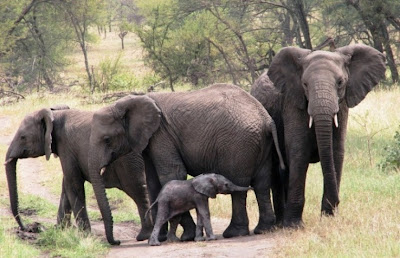 This little guy’s family members are blessed with large size and relative safety from the top predators of their savanna home. Herds like this one are able to live long lives, despite the harsh conditions of eastern and southern African savannas, due in part to the extensive knowledge of their matriarchs. These mothers of most of the herd members know where and how to find water and food during the sometimes long periods with no rain.

They know how to deal with lions or hyenas that might try to grab a baby elephant and how to keep the herd together for decades, even during the long and likely stressful migrations to find food and water. Their size, shape, and features, the trunk being the most unusual and amazing, of a whole series of cool features, described here and here.


Their only real problem is humans.

Have you tried barefoot running?

For all you barefoot runners, wannabe barefoot runners, old-school runners (like me), or non-runners who don't know why so many folks are wearing those funny flat shoes with the divided toes, have a look. And a giggle.


Please remember that the gentle, small-stride running form induced by running without much shoe cushioning, rather than the shoe itself, is the key!

And FYI, these are barefoot shoes, the original Vibram FiveFingers, and here's my post re: why we were "born to run".

We humans have advanced beyond all other species in terms of our ability to survive, thrive, and reproduce (7,102,174,000 and counting, as of this post, March 6 2013), so our collective human fitness is off the charts. We dominate all other creatures and most of the Earth's land area, yet we share many of our most "human" traits with some of these other species.

Moreover, the list of incredible animal abilities just goes on, and on, and on, including powers of speed, strength, gripping, sleeping, immunization, and smell -- we don't even measure up in many areas of physical ability:


So what IS the difference?

Leopard slugs lucky in love, and a demonstration of mating as both ballet and the sometimes complex effort to ensure your genes see it through to the next generation.

"Each everts its male organ from just behind its head...", eventually creating a "translucent, flowerlike globe..."

With David Attenborough narrating, you can't go wrong -- have a look!

Thanks to Jenna Lawrence for posting such wonderful choreography!

Here's a funny thought for the day for all you predators thinking of preying on a Big Mac...