You get what you train for! Sprinter vs marathoner

This coming Sunday, I'll be running my 2nd half marathon in the town of Pak Chong, Thailand, near the lovely Khao Yai National Park. I'm already a little nervous but excited to join my fellow Bangkok Runners in the event. 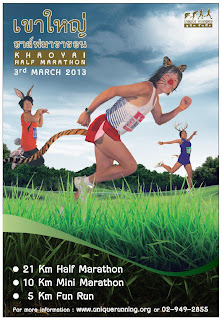 Half marathon training schedules contain a mix of long slow runs and shorter, faster efforts in order to prepare you both for lasting the full 21km (13.1 miles) and doing so as fast as you can without injury. Some also contain cross-training days, which could consist of swimming, cycling, circuit training or other non-running fun. Here, here, and here are some examples for beginners.

Looking at the schedules made me think of athletes that champion these different types of training and about how sprinting vs marathoning vs doing other activities affect the human body. And about which type of physical development might be better for fitness?

A long time ago, your physical condition was IMPORTANT for eating (hunting + scavenging) and escaping dangers such cold, heat, and predators, so are we naturally sprinters or marathoners?

It's all in the genes

OK, today pretend you are an Irish farmer in the mid-1840s, and your primary food supply, your potato crop, has turned to toxic slime underground. Hold that thought.

In the previous post, I highlighted 3 main levels that scientists use to better understand the diversity of life around us. But, perhaps you are asking, so what?

Diversity is important! Variety at every spatial scale, from whole ecosystems, to individual species, to the genes we see only under the microscope, has been the norm on Earth for thousands of years.

More recently, though, humans have succeeded in modifying and simplifying it, very thoroughly, but possibly to our own detriment.

Scales of diversity: from genes to global

Think about the sheer number of living things.

It’s impressive, even if you just consider the Big Things – the mammals, birds, and reptiles. Yet even when you also consider plants, fungi, and the millions of insect and other invertebrate species, the number of species in a given area or ecological system is just one way of measuring life’s diversity.


There is variety at many levels in the natural world. Differences exist inside individual genes among various frogs, spiders and chili peppers, as well as people, even within a single family. The organisms that live in the soil of your city park differ from those in the trees, and the birds, lizards and the trees they hide in near London or San Francisco are different from those that live near Cairo or Bangkok.

Biologists use the term biodiversity, which is short for biological diversity, to represent the variety of living things in a particular ecosystem, region, or the world, and they typically divide biodiversity into 3 general categories: genetic, species, and ecosystem.

What do these divisions mean? Read on!

For individuals in most, if not all, species, communication is critical for survival and reproduction -- in other words, to retain fitness. Certainly among species that reproduce sexually, there needs to be an understanding of when, where, and with whom to make it work!

Communication among other animals may take place through sounds, smell, touch, or behavior that we may not even recognize, so I hope a video might help clarify it.

Anthropomorphism: The attribution of human motivation, characteristics, or behavior to inanimate objects, animals, or natural phenomena; when combined with British humor, it makes for some fun from the BBC: 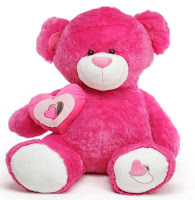 While our current gift-giving on Valentine’s Day may have as much to do with marketing as it does relationships with our loved ones, giving gifts to prospective or actual mates is not unique to humans, and it plays an important role in biological fitness for many animals.

Biological fitness is not just about survival. Reproduction is equally key, and the males of many species, not just humans, win over their chosen one with tokens to show their affection. In some cases, it might be bribery; in others, a show of generosity; in still others, a demonstration of the ability to provide for his mate.

Which animals give the gift that keeps on giving?  Read on ---

Why we love to run

Love to run?  Can't figure out why anyone would?

The Guardian newspaper in the UK has just started a running blog, with a great first post on Why We Love To Run. It's a fun and personal follow-up to previous posts I've written about the theory that humans were Born To Run.

Have a read -- it may help all you runners explain your fixation to your non-running friends and family and all you non-runners try to understand us.

There are crazy runners enjoying the sport everywhere - even in the heavy heat and humidity of what has to be the world's hottest city!
(Bangkok Runners Meetup)

Email ThisBlogThis!Share to TwitterShare to FacebookShare to Pinterest
Labels: love to run, running

Inspirational video (and plug for yoga!)

This super inspirational video should do the trick!


This is Arthur Boorman, a disabled US veteran who lost 140 pounds (63 kg) in 10 months doing a non-impact yoga routine and regained the ability to walk (and run) unassisted.

I've actually never done yoga, so I need some help from others out there who can better vouch for its wonders, but it certainly helped here.

I think the belief in self, with a little help from someone else, is the most important thing here --- never give up on yourself!