Survival of the Fittest

Our interest in health and fitness is huge, and our interest in sex and family even more so. In biology, fitness combines all three! 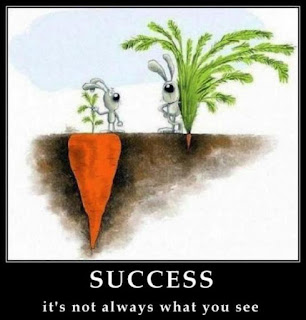 In biological terms, the fittest individuals must survive AND reproduce.

However, they are not necessarily the strongest, fastest, or biggest --- the fittest individuals are those that consistently leaves more offspring in the next generation.


So fitness has a very different meaning in biology and evolution than the one we use in everyday life – it doesn’t necessarily mean healthier, just more able to get its genes into the next generation.

How does this apply to lions, leopards, bears and beetles?


These traits – strength for the lion, climbing ability for the leopard, resistance to cold in the snow leopard – that lead to success in living and breeding are those that will continue to the next generation.

In other words, the traits we see today in a given plant or animal are those that have passed the test of time – they helped (or at least didn’t interfere with) individuals of the species to survive and/or reproduce and so were then passed on to subsequent generations.

To visualize natural selection -- how differences in reproductive success will, over time, make certain traits more or less common in a population -- imagine a population of beetles on the African plains:

To see the original page with these images, click here.

What do you think might have happened if the cartoon beetle population had been living in a forest? 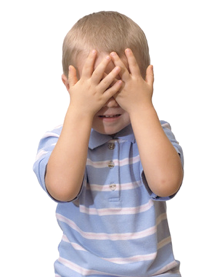 For example, a population of people with dark or smaller eyes will probably do better in a sunny region than one with light eyes, yet might have no advantage or even a disadvantage in a place with a long dark winter.


Similarly, bears living in the Arctic region (polar bears!) eat seals that they hunt on ice, so you might guess that, over time, bears with genes that produced a lighter fur have been consistently more successful and thus have become more common in that environment.

However, picture this white bear in a pine-spruce forest or a spring meadow – she or he would shine like a light bulb, making hunting much more difficult.

Bears we see today in this environment are those with fur color genes coded for shades like brown and black.

Survival of the “fit enough”

The traits we see today are all a result of a long series of adaptations to a given environment over many generations. Species we see today are not perfect: lions or leopards don’t catch every antelope, and some may starve without ever reproducing. If you are a lion and a certain set of traits is “good enough” to allow you to produce some successful offspring, you are golden: those traits, coded in your genes, will have another chance for immortality in your kids.

The green cartoon beetles may have survived and reproduced with some success for generations before their greater tendency to get eaten by birds finally reduced their breeding success to zero.

This is natural selection in action: genetic traits get passed on to different extents in different environments by different combinations of parents, and the results include you, me, the lions and leopards, and all other species currently on Earth.