We all want to be fit and healthy, and some of us work hard (harder each year, right?) to stay in shape.  To stay fit, we try to eat right and exercise.  In addition, we try to maintain good bonds with family and friends while also striking out on our own, find a great home and a suitable life partner, and aim for some sort of balance between home and work activities.

The term “fitness” has a special meaning when applied to other species: fitness measures reproductive success.  Sounds good, right?  Specifically, it measures how successful an animal or biological population has been at passing on its genes to future generations.  Improving one’s genetic contribution to the next generation entails living long enough to reproduce, reproducing, and then ensuring your offspring also reach maturity so that they can reproduce.   It’s a bit like seeking immortality, through improved survival, higher mating success, and more mature (i.e. reproducing) offspring. 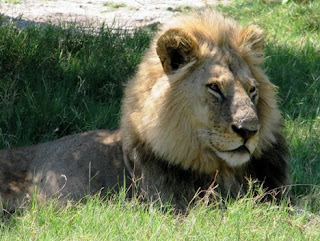 How do different species maintain their fitness?

They eat right, exercise, maintain family bonds, strike out on their own, find good homes in good neighborhoods, find a suitable mate, raise kids, and hope they succeed in life.  Sound familiar?  We share most of our DNA (the hereditary material in humans and almost all other organisms) with many other species (over 98% in the case of chimpanzees and gorillas), so the similarity makes sense.

Geneticists link fitness to alleles (alternative forms of genes located at a specific position on a specific chromosome), which might vary among individuals in a population.

For example, while everyone in an early human population had eyes and a nose, some noses were larger, some were smaller, some were pointy, etc.  If having a larger nose somehow led to the owners contributing more of their genes (with the large-nose allele built in) than did the folks with smaller noses, then eventually, after many generations, larger-nosed people would be more common.

What would increase their chances of contributing more genes?  Well, if having a larger nose allowed them to smell a scarce resource that let them survive longer, or it was seen as attractive and allowed them to mate with more members of the opposite sex, or it led women to eat healthier food and thus produce more healthy babies, or smelled danger from a greater distance so they could better protect their children, then it would be more likely to eventually produce more mature children.

Slightly more technical: Fitness is usually referred to for a genetic trait or a population, rather than just a single individual.  Have a large nose might generally improve survival among a group of people, but any given individual large-nosed person might unexpectedly die in an accident before having children.  Thus, the overall benefits of having a large nose affects the ability of an average member of a biological population to survive and produce mature, reproductive offspring.

You can find many excellent blogs on diet, exercise, and maintaining your own fitness on the web.  I’ve included just a few of them here, as well as several excellent blogs dedicated to fun facts about other species and the wonders of the natural world.

As an athlete and a conservation biologist, I hope to combine the two to focus on fitness, for both humans and non-humans.  It is the essence of life and the basis of most animal and human behavior.
Posted by Sue Palminteri