Yesterday, we discovered that diet, more so than physical activity, is responsible for gaining and losing weight.  Not that I or any of us ever think about calories...

but today’s follow-up cites a fun and well-written insight into foods and calories from the Scientific American web site. 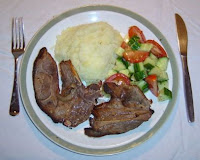 The main newsflash of this article is that the number of calories we absorb from a particular food product varies, for a number of reasons.

Why calorie counts are only guidelines

You and I, for example, will absorb calories from a given type of food (such as a tomato or a lamb chop) differently, depending on the amount of time we cooked the food, the microbes living in our respective guts, and even our ancestries (apparently, Russian intestines are about five feet longer than those of Italians – I always knew that someone named Palminteri just shouldn’t be eating beets!).

Cooking and pounding meat makes it easier to digest and absorb the calories from it.  Same for veggies.  Processing our food in the kitchen does some of the work that our teeth, stomachs, and intestines would otherwise have to do.  To put it bluntly, as the article's author Rob Dunn, a biologist at North Carolina State University, states, “If you want more calories, cook, pound and otherwise predigest your food.” 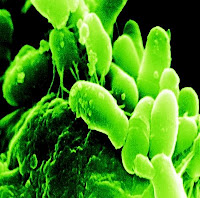 This holds for industrial processing: eating white bread and cheese wiz asks little of our teeth or our digestive system to give us calories.  In fact, eating an equal portion of whole wheat bread and cheddar cheese actually provides you with 10% fewer calories because digesting the whole foods requires some energy.

We share nutrients from food with trillions of microbes, which live in our guts and help to break down many compounds our own bodies can’t.  The calories lost through this sharing process, as well as those used by our immune systems to fight off disease from food contaminants, are not considered in the calories attributed to specific foods or published on food labels. 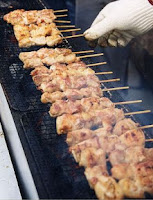 Nowadays, many of us are trying to reduce the number of calories we consume, yet maximizing caloric intake through food processing (mainly cooking) may have played a huge role in our evolution.  In the age before fire, our paleo ancestors ate their food raw and would have craved excess calories.

According to Harvard biologist Richard Wrangham and others, cooking food may have allowed early humans to extract more energy from their food.  By spending less time chewing tough raw food, they would have had more time to develop agriculture, tools, and social networks (which back then meant actual talking).  The easier digestion and better calorie absorption may have also contributed to the development 1.8 million years ago of larger brains –  which consume substantial amounts of energy – and relatively smaller guts, jaws, and teeth.

With a few exceptions, we as a species have thrived in large part because of our combined preference for cooked food and our unique ability to make it on demand.**


For more information on these cooking studies, you might want to consult the Harvard University researchers.  Rachel Carmody and her collaborators studied the mice that preferred and grew heavier on cooked and pounded meat and sweet potatoes.  Richard Wrangham’s new book makes the case that the ability to harness fire and cook food allowed our brains to grow and the digestive tract to shrink.
Posted by Sue Palminteri